In this context, ultrasonic measurement has proven to be a very accurate and cost-effective solution when installing new bolts, as well as when evaluating existing bolts as part of determining the lifespan of wind turbines.

By using this method, you can achieve the correct bolt pretension when installing new bolts and secure safe operation of the wind turbine as well as reduce the subsequent service and maintenance. The tool allows you to track the clamp load during the entire tightening process and determine the clamp load without influencing the joint stiffness.

Minimise the risk of failure

In recent years, wind power has become an important source of electricity production. As with any other technology, wind turbines have a limit to their time in functional operation. Currently, wind turbines are designed to be efficient and reliable for 20 years with the possibility of further extension.

Continuous inspection of wind turbines is important as it can maximise the life expectancy of the turbines as well as minimise the risk of failure. In this context, the importance of correct bolt pretension is frequently underestimated. Since bolts hold together critical components, incorrect installation can increase the risk of partial or total failure.
A fully tightened bolted joint can sustain millions of load cycles without any problems, whereas a joint consisting of untightened bolts often fails within a few cycles. If a bolt loosens, a chain reaction is likely to occur and consequently result in failure of the entire turbine.

One of the most challenging parts of the tightening process is the correlation between the applied torque and the tension that arises when the nut stretches the bolt a small amount. This tension results in an opposing clamp force that holds the two sections of the joint together. If the clamping force is too low, separation and bolt fatigue may occur. On the other hand, excessive clamping force may produce damage in structural components of the joint, such as excessive distortion or breakage.

By focusing on achieving the correct bolt pretension, you not only ensure a proper clamping force but can also maximise the reliability of the turbine, as well as reduce the need for maintenance and downtime.

An accurate and cost-effective solution

In the past, it has been difficult to evaluate bolted joints, since the previously available methods of inspection only focused on whether the bolts were loose or rusty. However, most joint failures are not caused by the joint design or the fastener. Often, they are the result of insufficient or inconsistent clamp load when assembling the joint.

Problems such as bolt fatigue and vibration loosening can usually be prevented by achieving and maintaining a correct clamp force in the joint. Achieving a consistent clamp force in the bolted joint during assembly is essential for bolted joint integrity. Ultrasonic measurement of fastener elongation on both new and existing bolts has proven to be a very accurate, reliable and cost-effective solution.

By using this method, you not only achieve the correct bolt pretension when installing new bolts, but can also evaluate existing bolts as part of determining the lifetime of wind turbines.

Energy at a lower cost

Where wind turbines are concerned, safety is paramount. Each turbine consists of hundreds of different-sized bolts holding critical components together. If the proper bolt pretension is not achieved during installation, the integrity of a joint can be compromised, leading to misalignment and, ultimately, failure of the bolted joint.

Therefore, utilising a bolt method that tightens the bolts effectively and precisely is necessary to minimise the risk of failure. By focusing on ensuring correct pretension from the outset, you ensure that the best precautions are taken from the moment of initial commissioning, and in the long run ensure that the wind turbine produces energy at a lower cost.

Maximise the operating time of the turbine

By using the ultrasonic measurement tool, you can achieve the right alignment of bolted joints efficiently and in a controlled manner. The tool is suitable for most bolt types and requires no special pre-treatment of the bolts.

When installing new bolts, the tool allows you to track clamp load during the entire tightening process and determine the clamp load without influencing joint stiffness. Subsequently, the data can be used to schedule service and maintenance, since the correct pretension is established from the beginning. Furthermore, the data can be used as evidence of correct bolt pretension for claims.

Bolts should be inspected to ensure they maintain a proper clamping force as well as analysed for fatigue damage. By scheduling service and maintenance, you not only ensure safe operation of the wind turbine but also reduce the need for unscheduled service. A loose bolt leads to unscheduled stoppage, resulting in lost revenue due to the downtime of the turbine.

At the same time, it is of vital importance that service and maintenance are carried out efficiently and in a controlled manner, as this can reduce your costs. Ultrasonic Clamp Load Testing is a reliable and cost-effective method to determine the condition of bolted joints and has proven to be a simpler method of measurement. Compared to other measurement methods, using an ultrasonic measuring tool means you can reduce the number of service inspections as well as the hours spent on service and maintenance of bolted joints.

Different bolted joints in wind turbines have different levels of accessibility. A blade joint, for instance, can be more difficult to access, control and repair than a tower flange connection. So far it has been difficult to measure blind holes, since you have access from only one side of the bolt. Ultrasonic measurement, unlike other measurement tools such as a Micrometer or Caliper, does not require access to both sides of the bolt, which makes it the only tool available to evaluate blind holes.

The article is also featured in PES Wind.

Catch the latest news and insights from R&D and get a glimpse of our world and the solutions we have provided for our customers.

How do you ensure that your projects produce the expected business value?

How do you define your test strategy? 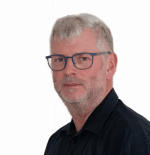