It will be the world’s most powerful test rig, simulating variable loading by applying wind loads to gearboxes, drivetrains or full powertrains.

Hinnerup, Denmark, 27 September 2022 – In its largest order to date, Danish wind turbine test specialist R&D Test Systems will develop the 30MW powertrain and gearbox test bench for ZF Wind Power’s future “Test & Prototype Center” at Lommel, Belgium that will house the world’s most powerful validation test bench for wind turbines. Capable of simulating the multiplicity of wind loads that a nacelle powertrain might experience in its lifetime, the test rig, to be delivered in 2024, will help improve product reliability and shorten time to market.

“The wind loads, and directions can vary greatly, and each change creates loading on the nacelle powertrain,” says Ralf Nieschler, Key Account Manager, R&D Test Systems. “This new test rig must be much more powerful than the powertrain it tests, providing proof that the next generation of offshore turbines of, say, 20MW are capable of operating reliably in extreme offshore conditions over the defined lifetime,” he adds.

With its two 30MW motors, the test rig will be the world’s most powerful powertrain and gearbox test bench and, at 60-meters long, also the largest.

“The force of gusts wind can be a bit like a herd of elephants, pushing the blade around. This twisting and bending of the powertrain in all possible directions in the test rig will simulate the effect of 20 years of wind conditions in just a few months,” adds Nieschler.

Performing high-torque twisting, the 30MW motors are positioned on each end of the nacelle components under test. Additionally, a specially designed load unit is located between the nacelle components and provides the wind loads needed to simulate the varying real-world conditions. Together the motors and the load unit can simulate not only the harshest loads of wind but also the effect of wind coming from different directions.

Despite weighing 5700 tons and with a drive torque of 45 million Nm – equivalent to the load of 30 family cars dangling from the end of a 100-meter turbine blade – and a bending moment of up to 64 million Nm, the test rig can cope with test components of varying dimensions.

The test rig will be developed at R&D Test Systems’ headquarters in Denmark. In addition to electrical, systems, software and mechanical engineers, the project will draw on civil engineering expertise for the reinforced concrete foundation that needs to be strong enough to withstand the extreme fatigue and ultimate wind loads during tests as well as the powertrain itself that can weigh several hundred tons.

A team of 35 full-time engineers have already started work on the test rig together with international specialist suppliers. The test rig will be transported as individual modules to Belgium. The project makes use of R&D Test Systems’ in-house software development team which will create tools for the analysis of the test data. Also, part of the project is a crane with a lifting capacity of 300 tons for mounting of test powertrains into the rig.

R&D Test Systems’ experiences in highly accelerated lifetime testing (HALT), where wind turbine prototypes are exposed to the equivalent of 20 years of weather conditions in a few months to discover the physical limitations of a design and ascertain product reliability.

“To be awarded with a project of this size to develop the world’s most powerful powertrain test rig for wind turbines is a recognition of R&D Test Systems’ proven development expertise in specialized, large-scale and powerful test rigs in the wind power industry,” says Peter Ulrikkeholm, CEO of R&D Test Systems. 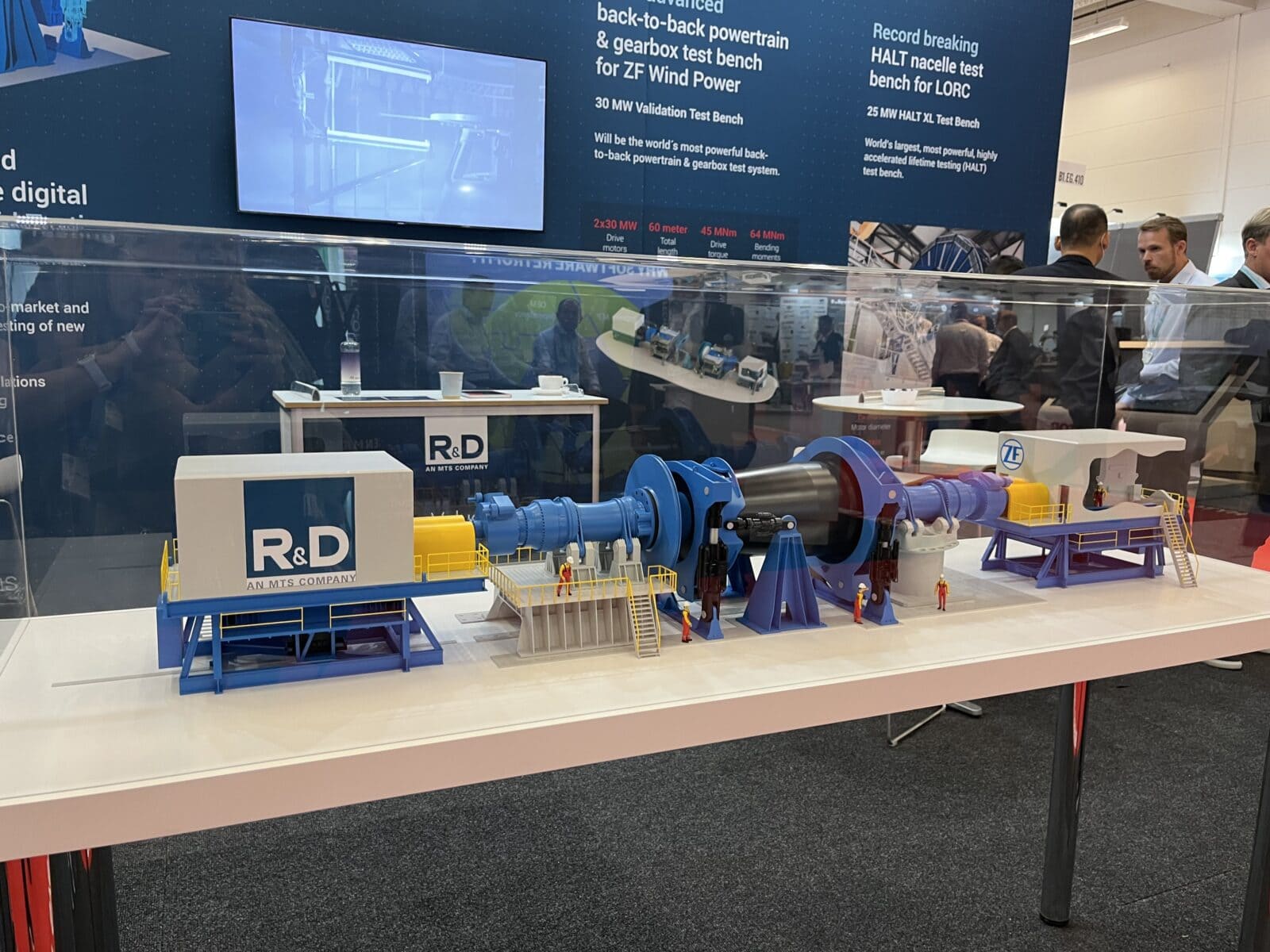