When R&D Test Systems became responsible for developing the test bench for the next generation of wind turbines, they did not know that they would end up building the world's largest 25 MW low-speed motor.

On a daily basis, R&D Test Systems delivers test benches in the megawatt class, but designing and developing the HALT XL test bench for the Lindø Offshore Renewables Center was very special. The test bench required that an integrated 25 MW motor was built. Therefore, it quickly became clear for the experienced engineers that this was not something they would be able to order from any external subsupplier.

“When we first started the project, we looked at buying a motor. But there are not many 25 MV low-speed motors available on the market. We could probably find some places that would be able to build it, but not with our specifications and requirements to mobility. So, the only option was to build it ourselves,” says Claus Beck, Mechanical Lead at R&D Test Systems.

Not only should the motor be able to test the current wind turbine technology, but it should also take into consideration aspects that still need to be defined. Therefore, Claus Beck and the team had to be very proactive and adaptable, as the wind turbines and test systems were being developed simultaneously. Regardless, it was obvious that the project required an enormous effort to succeed.

HALT XL stands for 'Highly Accelerated Lifetime Test', and its task is to expose a nacelle through 20 years of wear and tear in just six months. Basically, you remove the rotor from a wind turbine and install the nacelle on the HALT XL test bench, where the nacelle drive train is dynamically loaded in all six degrees of freedom and at different speeds.

"We fatigue the turbine to find weaknesses in the design and ultimately give the turbine a better rating when it hits the market. We minimize the risk of it not having an error in a gearbox or something else to avoid having to replace parts on site,” says Claus Beck

The large-scale HALT XL test bench is complex to build. When the engine was done, the large 1200-ton crane on Lindø had to be used to lift the 830-ton heavy engine. The engine even had to be rotated in the air to position it correctly when lowered. This operation itself was an engineering challenge, where special lifting gear was made for the task.

"We have produced the world's largest motor measured at our 25 MW combined with low speed and high torque of 32 MNm. At the same time, our motor is not statically installed but is mounted on hydraulics so that it follows the movements of the HALT XL test bench. This imposes several additional challenges and has required many heavy simulation calculations on supercomputers. These have been the most comprehensive calculations in the history of R&D Test Systems,” says Claus Beck.

Likewise, when the motor has to test nacelles with such a heavy load, the motor needs an enormous amount of power, which places great demands on the cooling.

"To design and verify the cooling system, we carried out thermal tests on a smaller model in our workshop so that we were able to calibrate our final CFD (Computational Fluid Dynamics) model as best as possible," says electrical lead Claus Poulsen from R&D Test Systems.

"In general, it has been a challenging engineering task to build a motor where the first prototype also had to be the final motor. In addition to building the smaller test model to verify the cooling, we have used four different simulation tools to cross-check the electromagnetic and mechanical values for the motor,” says Claus Poulsen.

To house the HALT XL test bench, two buildings are needed. One for the test bench and a building for the electrical systems and cooling- and hydraulic systems.

"When it runs with full power, it needs approx. 28,000 amps, which is supplied by seven individual converters. From the seven converters, 98 cables of each 300 mm2 distribute the power around the outside of the motor,” says Claus Poulsen.

"This project is ultimately the craziest"

Although the two Claus’ are used to creating spectacular projects for R&D Test Systems, you can still get excited as an engineer.

"This project is ultimately the craziest thing I've done. Both the motor itself and that we managed to build the entire test bench within the 2 year schedule. From a pure engineering point of view, it's really cool.”

"I am really proud to have been part of this. The fact that we have succeeded as a team in lifting the task is absolutely fantastic,' smiles Claus Poulsen.

Catch the latest news and insights from R&D Test Systems and get a glimpse into our world and the solutions we have provided for our clients. 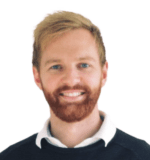